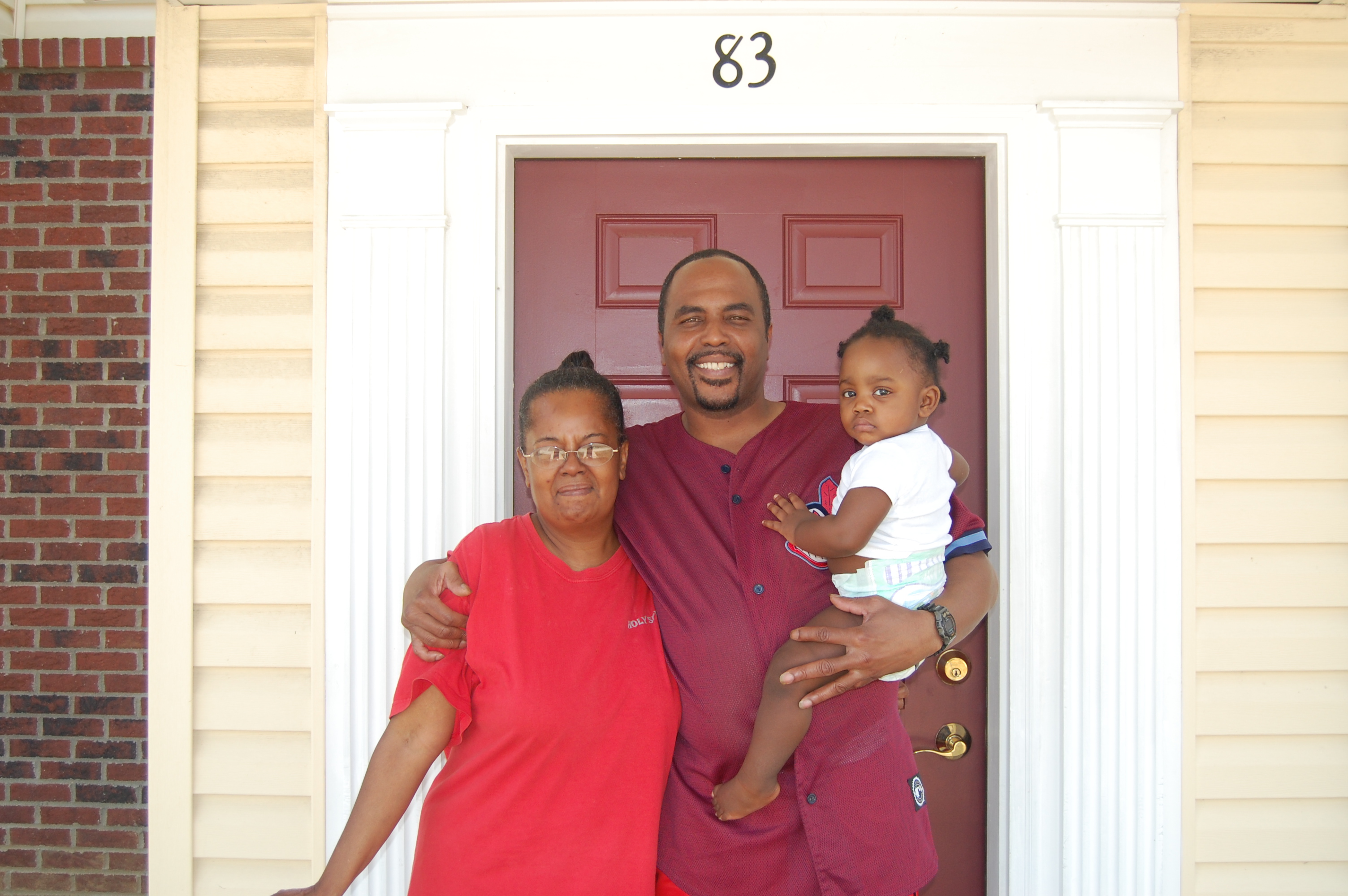 Teresa was stable for her whole life, until she wasn’t. She was happily married and both she and her husband worked, having no trouble paying the rent. But then, her husband of twenty-nine years was diagnosed with cancer and things started to quickly spiral out of control. The prognosis was not good.

Suddenly they were trying to survive on one hourly wage instead of two. And at the same time facing mounting medical bills. When Teresa’s husband lost his ﬁght with cancer, she was left with the enormous burden of medical bills on top of daily expenses.

Dealing with anxiety and depression from the stress and recent loss of her husband, Teresa lost her job and the only income she had. She could not make the rent and ﬁnally she was evicted from her apartment.

Adding to her stress was the fact that Teresa’s daughter was dealing with issues of her own and was not providing for her own daughters, Teresa’s granddaughters, as she should. Realizing the need for her granddaughters to have as stable of an environment as possible, she took them in. But when Teresa lost her apartment, all three were homeless with nowhere to go.

The youngest, a toddler, was placed in foster care. With resources exhausted and no choice left, Teresa and her oldest granddaughter entered an emergency shelter. It is here that the family was connected with Volunteers of America’s Family Services staﬀ. Within 10 days, the staﬀ had secured an apartment for Teresa and her granddaughter and helped with the move. And then, for the months following, a case manager met regularly with Teresa to be sure all of her needs were met – from basic needs like food and clothing to mental health support, budgeting education, disability referrals and regaining custody of her youngest granddaughter.

Today, Teresa and her family have been in their apartment for one year. Both granddaughters are thriving. Teresa says she will never forget the day they moved into their new home.

“When we got the keys and opened the door, I just couldn’t stop smiling. I was grinning ear to ear.”