Thanks to you, a lifetime of abuse has been healed for this veteran. 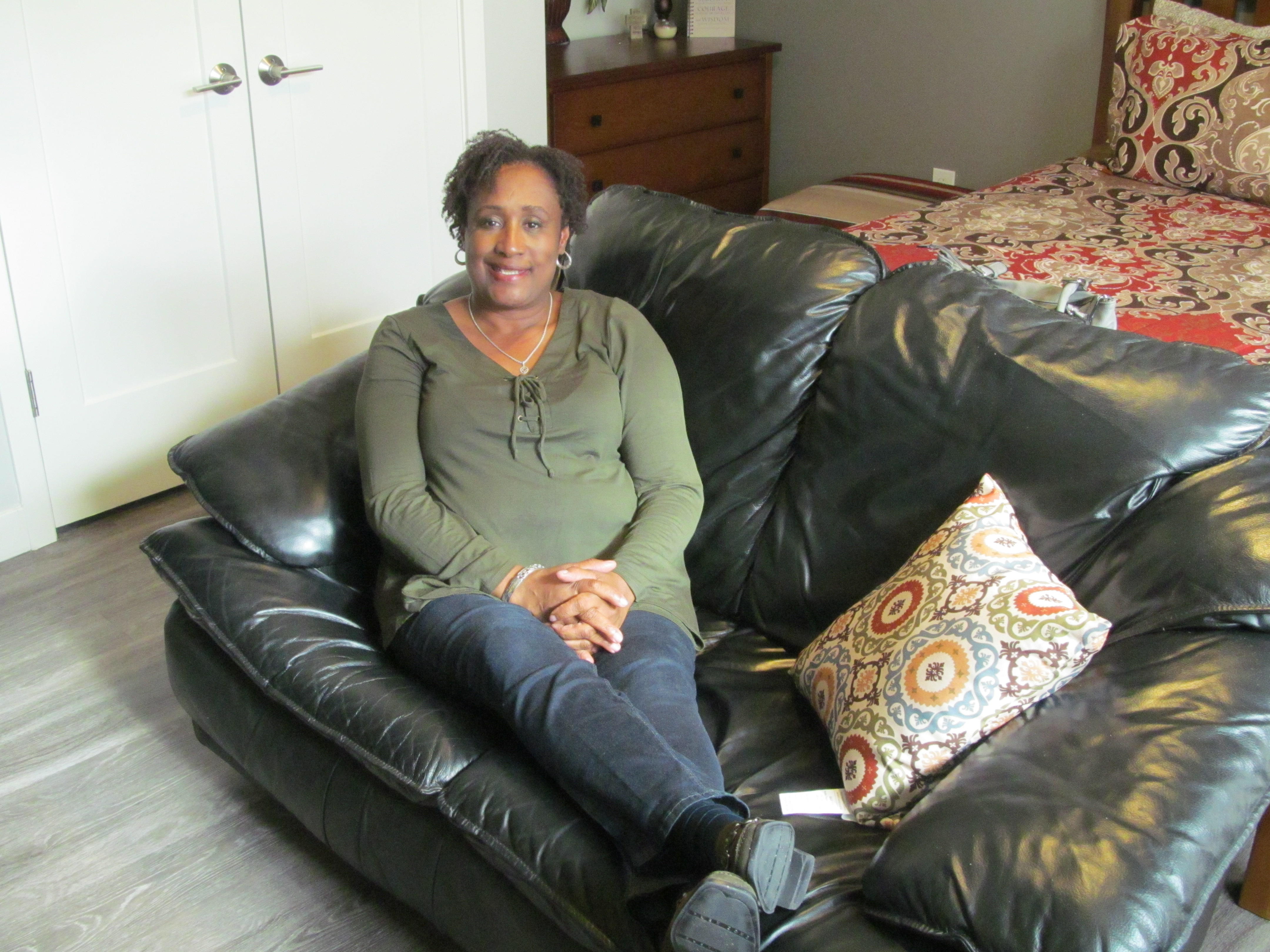 Your past does not determine your future.

For 52-year-old Navy veteran Karen, she lives that truth every day with the help of her faith. “If I could run you through my life,” Karen reflects “it is only by the grace of God I am here”.

The youngest girl of a family of five, Karen remembers fond memories of her childhood, playing kickball and dodgeball with her friends. Her favorite memory was when she received her first 10 speed bike at age 8, her most prized possession.

But, it was also at age 8 that she experienced her first trauma – being molested by two teenage boys in her neighborhood. Because of this horrible trauma, she began a pattern of self-medicating her pain. She began drinking at only 9-years-old, and by the time she was 21 she was a fully addicted to crack.

Still in the middle of her addiction at 25, Karen lost her job and joined the armed forces. “I needed to do something. I was sitting on my bed and opened up the phone book and the first thing I saw was the armed forces. I called and about a week later I was enlisted in the Navy.”

Sadly, Karen was again sexually assaulted while in the Navy – this time by three higher ranking officers. Karen felt she had no one to turn to, “I knew I couldn’t talk to any of their superiors. They would just protect them.”

After the assault, Karen was taunted and harassed by the men. The old thoughts of self-doubt came back because she felt she had no one to turn to.

“All I felt was shame and disgust. I thought ‘who would believe me.’ I am just a crack head. That was where my mind was.”

A bittersweet blessing came in the form of both back and knee issues, and Karen was able to receive an honorable discharge for injuries. She finally left the Navy – and her abusers. 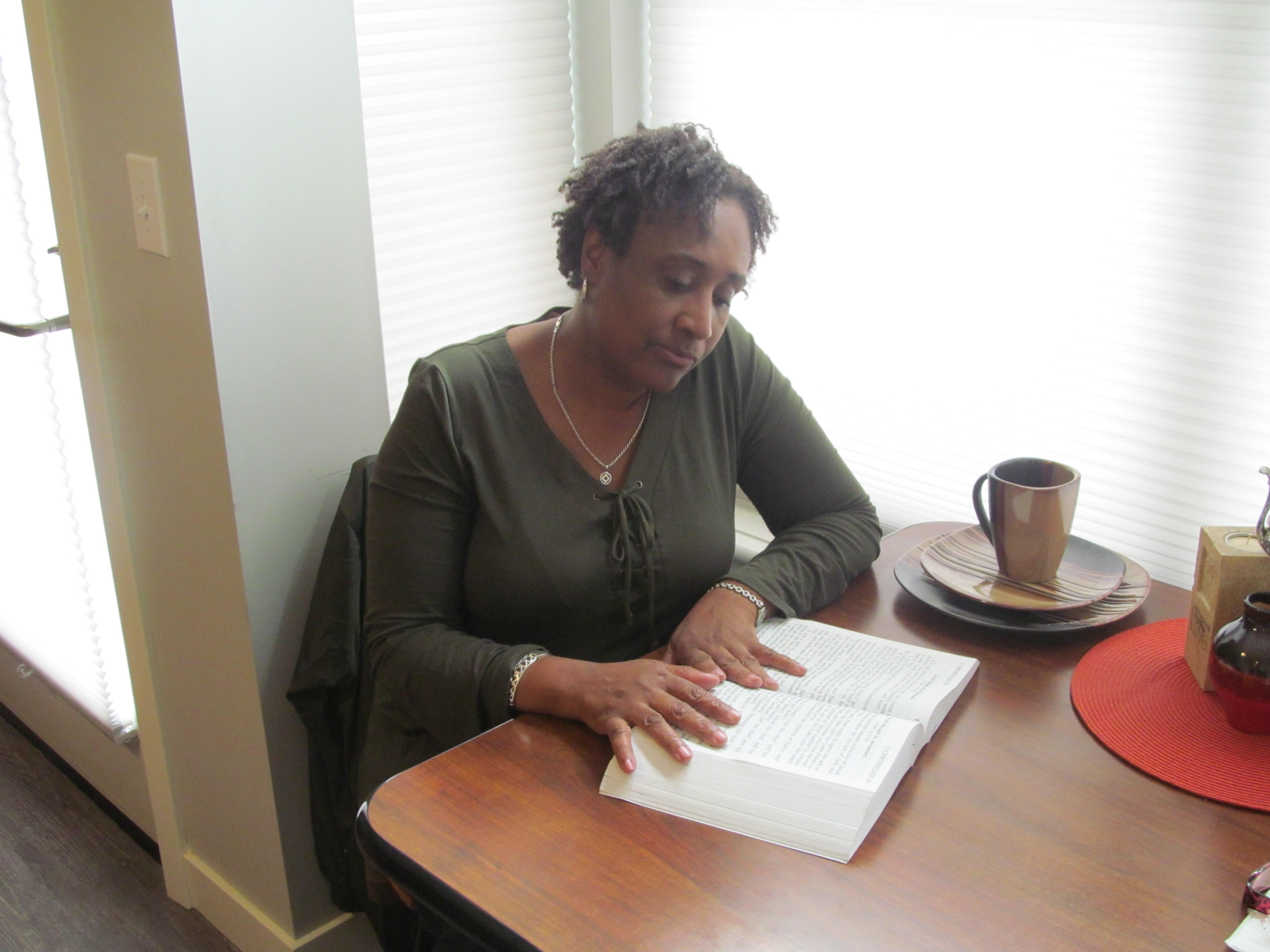 Karen eventually married a man she had met while enlisted and became the mother of two sons. But, she continued to struggle with memories of her past abuse. “When I saw my husband in his uniform it would trigger me. I didn’t even want him to touch me.” She began self-medicating herself again.

After years of growing apart and emotional turmoil, Karen decided to leave her husband – but then next few years were the hardest: She was in and out of shelters, addiction, and hospitals.

With her past traumas haunting her, Karen attempted suicide on three separate occasions.

It was in the midst of a drug-binge that Karen came to Volunteers of America of Greater Ohio.

“It felt strange, but it was what I needed.”

While battling depression and continued drug abuse, Karen still attempted to repair her relationships with her sons and tried to help take care of her aging mother. But some battles aren’t always won. The pressure was too much, and she needed to escape.

That’s when Karen learned about Annabelle’s Place, a permanent housing community for veterans just like Karen. She could live on her own but still have access to the resources that would keep her on the right path. 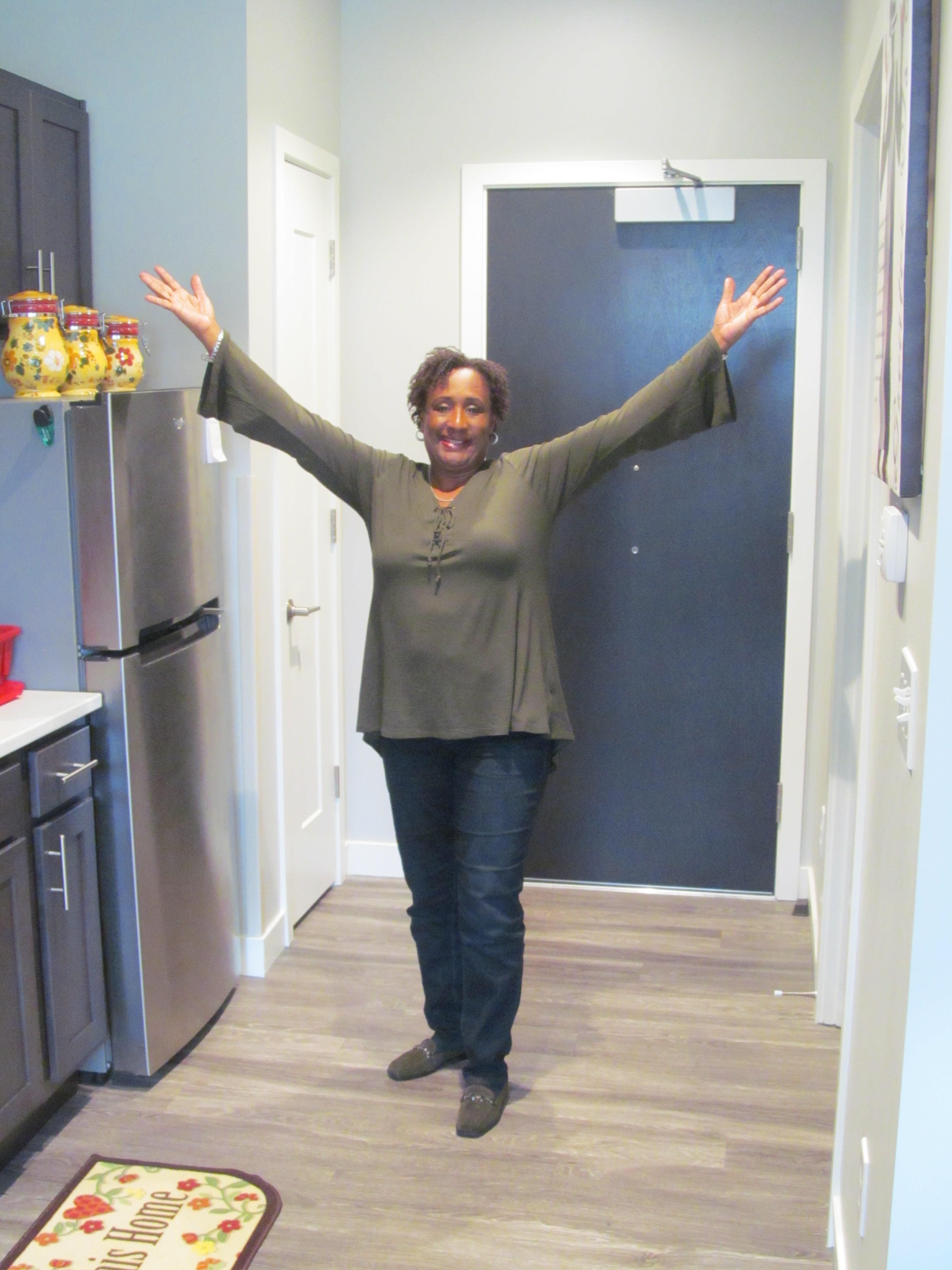 Karen became one of the first tenants to call Annabelle’s Place home.

“I am so grateful that I could come into a place with my background, with limited resources and they would hold a place for me. I do not have to worry about my utilities,” she reflects “I am just grateful.”

“Through my journey I have met so many inspirational women. They have all been mentors to me and I do not know where I would I would be without them.”

Karen has lived in Annabelle’s Place for a few months now, “I have never lived in a place like this before. It is such a blessing. It has allowed to grow my faith stronger and relationships longer.”

Karen found peace to start healing from her past.

“I have finally learned to enjoy my own company and God’s company.”

Today Karen works every day to maintain her sobriety, even taking voluntary drug tests for her case manager. “It keeps me accountable.” She is learning sign language and finds healing through her poetry.

She reflects on the most important lesson she has taken away from her experiences. “I learned to walk in God’s timing because his timing is perfect.” 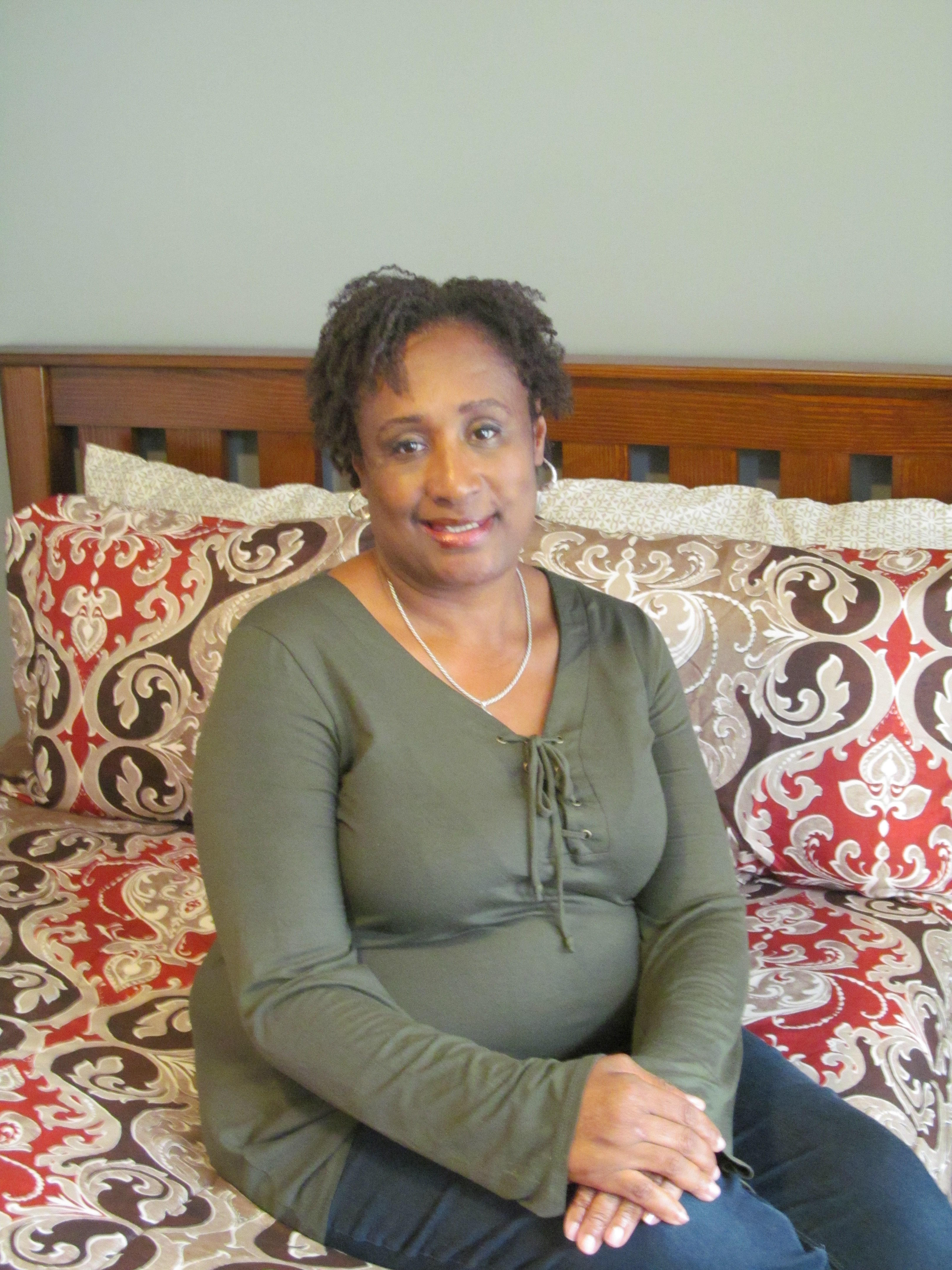 With your support, we can help female veterans, like Karen, continue their journey.