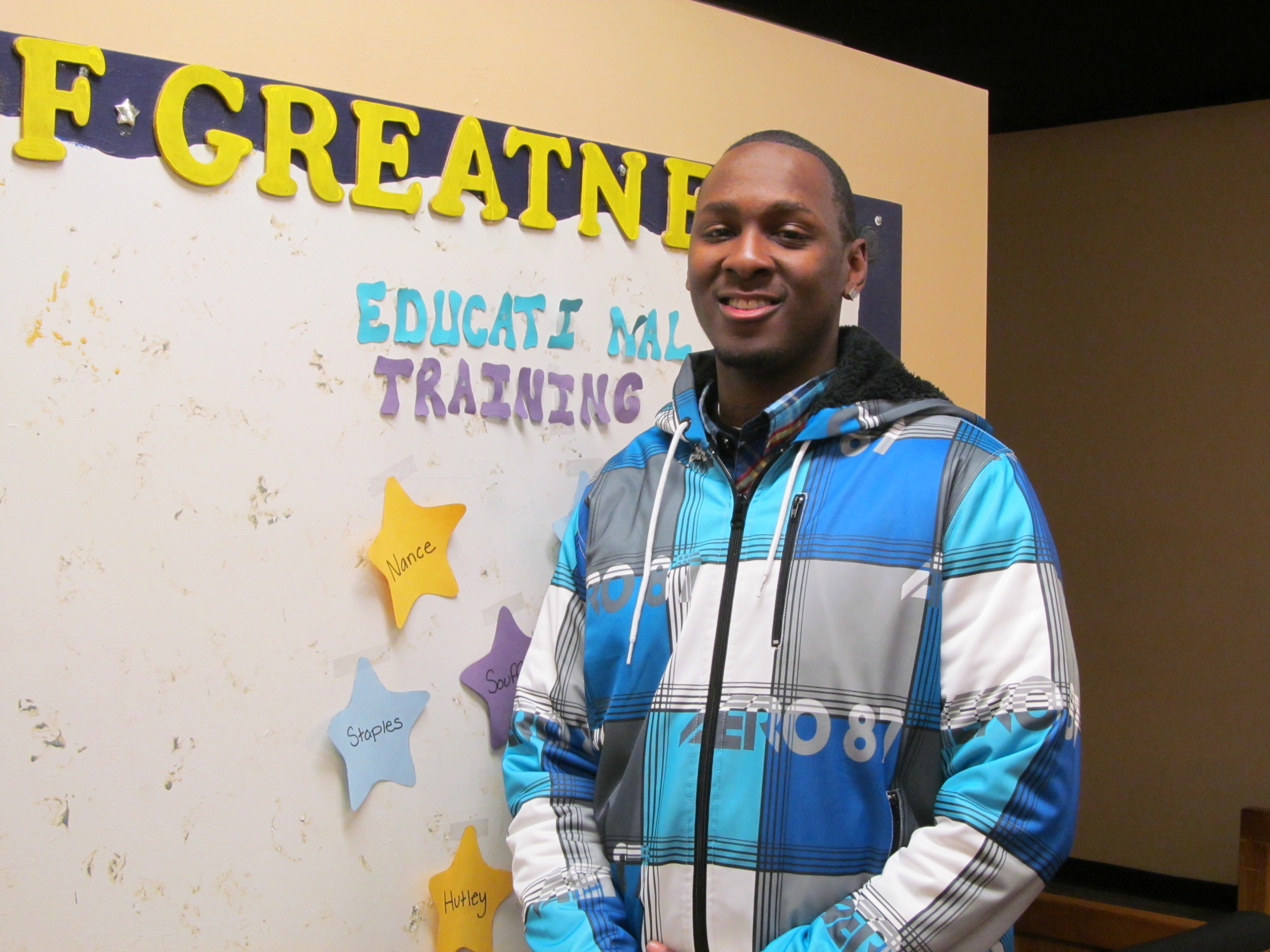 As a child, Derrel had to grow up fast. He was the middle of three sons in a single-parent household, but bore much of the responsibility for the family because his older brother was severely disabled. He was charged with being the primary care giver much of the time while his mother worked to provide for the boys.

The pressure got to him and Derrel developed a rebellious streak. He fell in with the wrong crowd, began skipping school and experimenting with drugs. When his younger brother passed away, Derrel dropped out of high school, began smoking marijuana and even joined a gang. Despite working as an in-home care taker for disabled adults, he also began stealing and selling drugs with his gang. He says he never needed the money; he was just chasing a lifestyle.

When a friend asked for a ride to the store, Derrel suddenly found himself complicit in a robbery. He received a felony conviction and was sentenced to a year in a community based correctional facility.While there, Derrel obtained his GED and was also introduced to a local educator who took a special interest in him. After his sentence, Derrel worked with the educator at the local justice center facilitating classes and for the first time, Derrel felt like his life was going in the right direction.

Unfortunately, the job went south and Derrel went back to the streets to make some quick money. He had a son now and wanted to provide for him in a way his own absentee father never had. His once hopeful outlook on life darkened and his view of right and wrong got murky.

Soon a domestic incident escalated and Derrel once again faced a robbery conviction, this time with a six year prison sentence. He spent 13 months in solitary confinement and he began to reflect on his life and pray. He knew he had to make a change.

Derrel came to Volunteers of America when he was sent to the Residential Reentry Program to complete the last four months of his sentence as part of a step-down approach. There he was connected with Volunteers of America counselors and case mangers that encouraged him to go back to school and even helped him get enrolled. He is currently earning a degree in business management with hopes of making a career out of his love of music. One day in the future, he dreams of being CEO of his own distribution company.


Until then, Derrel is taking advantage of the opportunities and resources available at Volunteers of America including life skills classes, counseling and support in job and housing searches. He is currently seeking employment because he knows going back to the streets is not an option. Once again, he feels his life is getting back on track.

“My mind is clear. I have a plan and I have been given the tools to execute it.”

Derrel knows that he will face challenges in the future but also knows this time is different.

With your support, we can help individuals like Derrel, have a second chance.