In six words: Even here, I have God’s Favor. 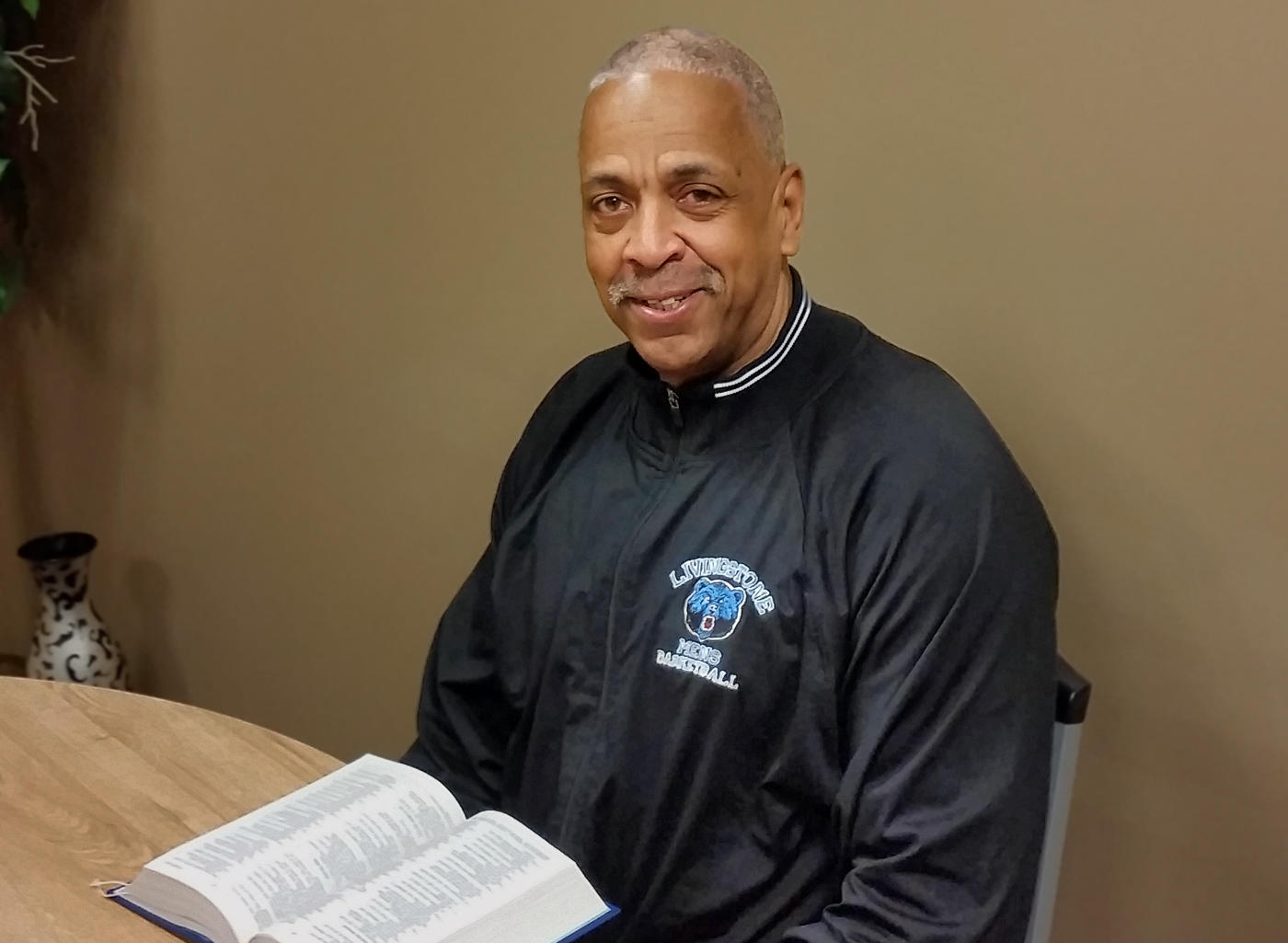 Anthony never wanted for anything.  As a child, he was involved in church and sports and was raised by his single mother with six siblings.  In all things he made God a central part of his life.

Even with a blessed childhood, Anthony fell into the wrong crowd in his late teens and began experimenting with drugs.  Seeing the path of destruction ahead, Anthony decided to move away and work on becoming a better man.

He got sober, met his future wife, and found a good job, and purchased his first home.  Reunited with God, Anthony also became an ordained minister.  “Everything was going well for me.  I was married, had a 4-bedroom, 2-bath home and a brand new truck in the driveway. But I was selfish and I broke myself along the way.”

Eventually, Anthony’s job downsized and money became tight.  His marriage began falling apart, soon finding himself divorced. “I should have surrendered to God  then but I didn’t.  I was seeking the answers in the wrong places.”

Anthony began using drugs again, and got into what he calls a “toxic relationship.” Not long after, he was in trouble at work and was charged with theft, receiving probation.  But during a routine traffic stop later that year, Anthony’s life would be forever changed.  Though pulled over for a simple turn signal violation, he knew he had not seen his probation officer for quite some time and that he would be going to jail.  Panicked with the realization that his probation would be revoked, he decided to run.  In the end, he was apprehended and faced even more serious charges.

“In retrospect, being arrested was the best thing that happened to me.  I had become stagnant in my thinking and actions.  It was in prison that I became alive again.”  He focused on rebuilding himself, decided to recommit his life to God, and then Anthony chose to be re-baptized. “I needed the time alone.  I needed to lean on God to sustain me.”

“It is interesting if you look at the Bible.  Whenever God is preparing to use someone He sends them to the desert. Prison was my desert.  It was there I found my purpose.”

Anthony is currently finishing up his prison sentence at Volunteers of America of Greater Ohio’s Residential Reentry program.  He continues to work on being a better man by taking advantage of the many programs available and is connecting with local community mentors to help him when he is released.

“Volunteers of America gave me the advantages to do what I need to do and be what I need to be. They have given me nothing but respect since the beginning. Even in here I know I have God’s favor.”

Anthony currently works as a custodian, recently being promoted to supervisor, and hopes he can use his position to help others like him find work.  “I have to pay it forward. I want to pay it forward.  I hope to take the tools that they have shown me, not given me, to make a difference. But my biggest hope is to bounce my grandbabies on my knee, fill them with life and cover them in prayer.”

Anthony admits he is a little apprehensive to leave but knows he has to leave in order to come back and help. “A lot of the things I’ve done and people I’ve met since I have been here has helped me become the man I should have been a long time ago. This experience made me become a man at 58. I need to get my life started.”