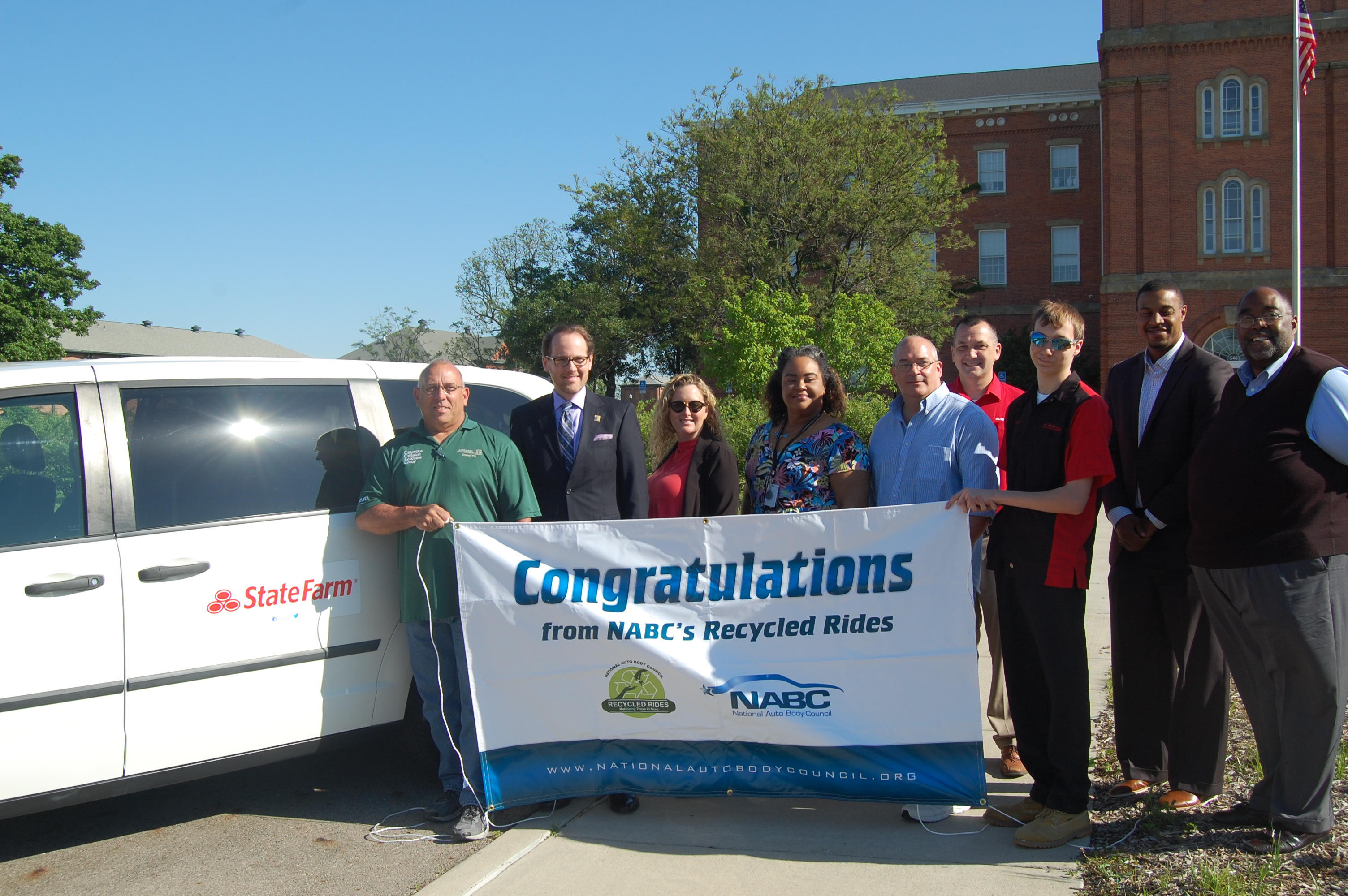 
"This is absolutely amazing. I'm in shock," Fountain said when Cameron Miller gave him the car keys.

About 30 upper-class students, like Miller, in the Collision Technology & Repair Program at Fort Hayes Metropolitan Education Center in Columbus, Ohio, refurbished the minivan over the course of the school year and donated it to Fountain on the last day of school.

The minivan came courtesy of State Farm Insurance and the Recycled Rides program.

Fountain was born and raised in Columbus, served in the U.S. Navy in California, moved to New York City and then returned home to Columbus on a bus when times got tough.

Homeless, without a car and with little hope, he found Volunteers of America of Greater Ohio.

Fountain was a part of our Veterans and Family FIRST program for several weeks, quickly finding an apartment in Grandview, close to his new job. Volunteers of America of Greater Ohio's Veterans & Families FIRST program helps low-income veterans who are homeless, at risk of homelessness and/or need help transitioning to permanent housing.

Fountain first received news of the new car on Thursday May 25, when his case manager at Veterans and Families FIRST, Isaac Barton, called him up to ask if he was interested in receiving a car.

"I didn't expect to receive something this nice. I would've accepted anything," Fountain said. "This is such a big gesture and I feel very blessed and very humbled."

With his new set of wheels, Fountain said he plans to make a road trip back to New York City to retrieve the rest of his belongings and visit friends and family.

"Sometimes you feel you don't deserve something like this. God has blessed me with so much," he said. "I'd like to thank everyone who has been involved. I'm so grateful."

Earlier in his career, Fountain worked in car sales for 20 years and used to sell Dodge Grand Caravans. He joked that he never thought in a million years he would be receiving one himself.

"These past few months have been a complete 360 degree transformation of my life," Fountain said. "I couldn't be more positive about the future."