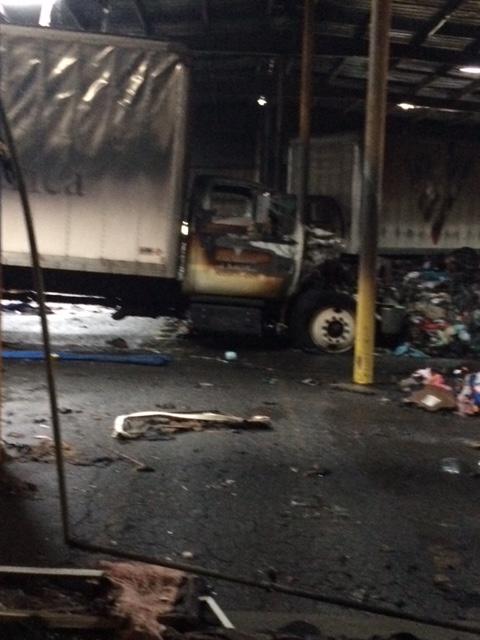 Columbus, OH- Firefighters responded to a devastating fire at the massive Volunteers of America of Greater Ohio thrift warehouse on the night of January 2, 2017.

No one was injured but over 225,000 pounds of donations were lost in a matter of hours. Volunteers of America said that the fire destroyed over $708,000 in donations, three trucks, a forklift and the warehouse building itself. This put the nonprofit organization several months behind in their thrift operations. Even after insurance reimbursement, they lost over a million dollars in revenue.

“It’s very devastating. We lost everything in the warehouse that was in there, either by fire or water or smoke,” said Dennis Kresak, president and CEO of Volunteers of America of Greater Ohio. “Having such a catastrophic fire and losing that much, it would take us five to six months to regain what we lost in normal donations.”

At least 12 fire trucks were needed to put out the blazing 25,000 square-feet warehouse. All donated clothing and household goods were stored in that giant warehouse and used to supply Volunteers of America thrift stores across the state.

Lawrence Hendrix, product manager for Volunteers of America of Greater Ohio retail operations remembers how devastating the fire was but insisted that business would continue as usual.

“The morning after the fire, we rented additional trucks and when drivers called to ask me if they were working that day I responded ‘Yes, we’re not skipping a beat,’” He said. “We continued to pick up donations, even when we didn’t have power.”

The warehouse was behind the thrift store, where the donated items were going to be sold and the proceeds used to help homeless families, veterans and individuals.

The community is asked to donate clothing and household items to help the organization recover from this loss. Donations can be dropped off at any thrift store location. Find a store near you to donate.