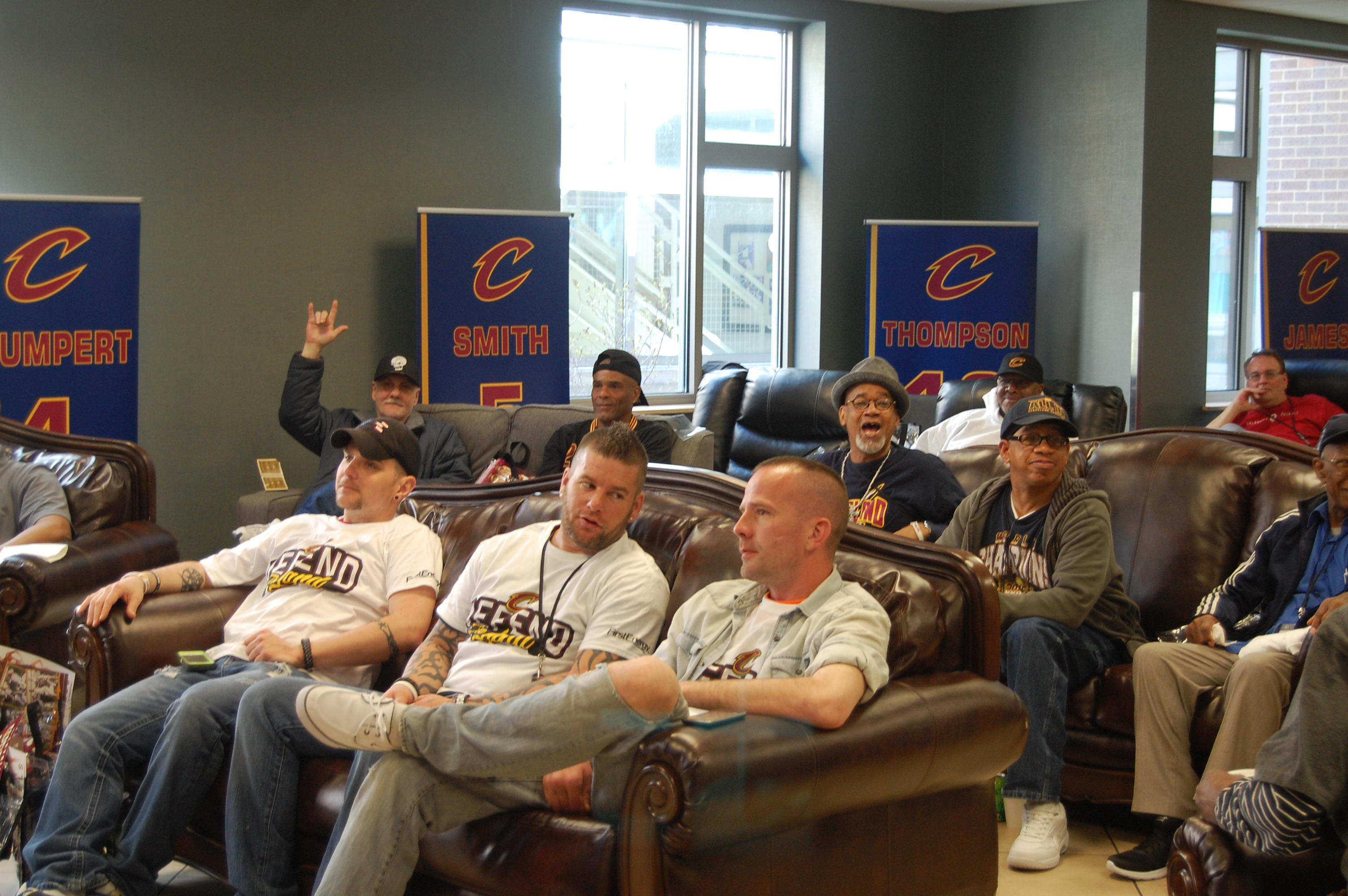 Residents at the Veterans Domiciliary at Wade Park in Cleveland watched Game 4 of the NBA Playoffs at an exclusive watch party by the Cleveland Cavaliers on Sunday, April 23, 2017.

The Cleveland Cavaliers hosted a private watch party for over 100 residents at Volunteers of America of Greater Ohio Veterans Domiciliary at Wade Park.

The Wine & Gold took over the Domiciliary, bringing in giant televisions, couches, decorations and more. The Cavs also provided lunch for the residents from Old Carolina BBQ before the game and each veteran received their own Cavs swag bag.

The veterans were also greeted and entertained by members of the Cavalier Girls, Scream Team, and Q Spirit Squad.