This summer, cruise into Ohio’s favorite auto shows. From the classics to “souped-up” specialties, Ohio car shows will surely have you dreaming of a new ride. Instead of selling your current model, donate your car to Volunteers of America of Greater Ohio. Looking up “donate my car” is a good deed that will surely rev your engine. Before looking under the hood, have you ever wondered what car shows are all about? Often called “cruise-ins,” Ohio car shows honor the history behind these vintage wheels.

What the automobile means to American history

Candidly speaking, the 20th century could be referred to as the age of innovation. The early 1900s saw the Wright Brothers take flight, the first Mickey Mouse cartoon and Einstein’s Theory of Relativity. But, perhaps most importantly, this amazing century saw the invention of the moving assembly line. Henry Ford used the first moving assembly line to build an entire automobile. Ford's gas-powered Model-T changed the U.S. automobile market, as we know it.

The Germans and the French perfected early automobiles in the 19th Century, but the Americans would move into the driver’s seat in the early 20th Century. Ford revolutionized manufacturing with his invention of the moving assembly line in 1913. With that, and for the first time, automobiles were being mass-produced in America. More affordable than their European and Japanese counterparts, the “Big Three” — Ford, General Motors, and Chrysler — soon dominated the industry. The same year, America produced about 485,000 of the world’s 606,124 motor vehicles.

The automobile gave America more than the assembly line though; it gave Americans the freedom of choice and independence. Families were able to vacation to areas that, previously, were deemed impossible. Teenagers were gifted a vehicle — pun intended — for their independence. With such things as the drive-in and the drive-thru people were now able to incorporate their car into their leisure activities. Arguably, what one drove was more than a mode of transportation; it was a beacon of one’s success and reputation.

To some, however, what they drive is more than this romantic notion — it’s truly about the machine itself. The roar, the horsepower, the torque and the speed of a vehicle awakens in some, what it can’t in others. More than a car’s engine, though, is its design. A unique coat of paint, chrome trimming, or a leather interior sets a car apart from the rest. Those who appreciate all of this are the true car enthusiasts. If you consider yourself part of this club, seek company among fellow car lovers at this summer’s cruise-ins and car shows in Ohio. 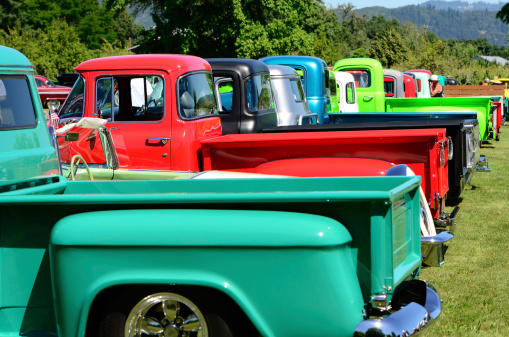 Search “donate my car” to find out how you can help

These Ohio car shows may inspire you to trade in your clunker for something “shiny and new.” But rather than worrying about having to sell or trade your automobile, donate it! When you search “donate my car,” you’ll find that Volunteers of America of Greater Ohio makes it possible for struggling individuals in our community to rebuild their lives. Searching “donate my car” has a tangible result by helping Volunteers of America of Greater Ohio make a positive impact.

If you donate your vehicle — cars, trucks, RVs, motorcycles, boats, and ATVs alike — you may receive a higher value as a charitable contribution on your tax return. When we sell your vehicle at auction all proceeds go to our services, which offer addiction support, reading programs, shelter for the homeless, job training and veteran programs. Without your support, Volunteers of America of Greater Ohio wouldn’t be able to help the more than 20,000 individuals that we do.

By asking yourself, “how can I donate my car?” you’re providing hope to struggling men, women, children and families across Ohio. Car donation allows Volunteers of America of Greater Ohio to be dedicated to the people and communities that we serve.