5 Car Donation Stories to Restore Your Faith in Humanity

Check out these stories of communities rallying around their citizens through car donations, and how you can join the movement.

If there were ever a time to restore your faith in humanity, it would be now. Between a noisy election season and seemingly nonstop negativity in the media, it is hard to come across that ray of positivity. Luckily, Volunteers of America has always been committed to a mission of encouragement and optimism in Toledo and all of Greater Ohio. Check out these stories of communities rallying around their citizens through car donations, and how you can join the movement. 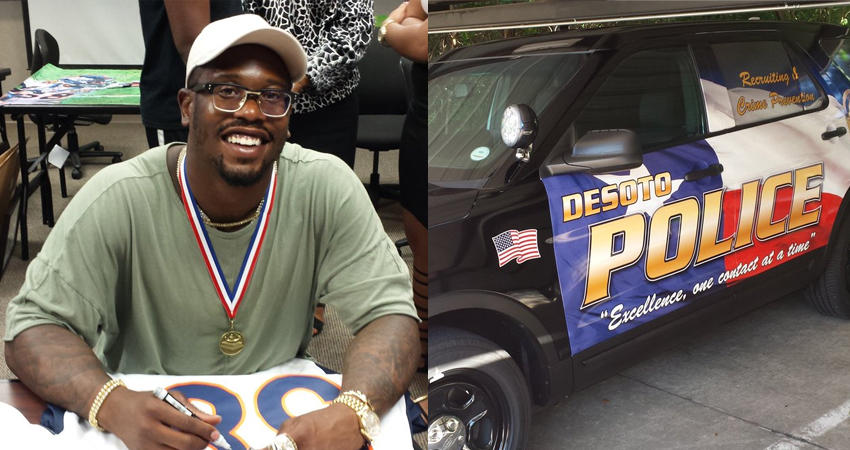 The Denver Bronco's Von Miller may have a Colorado address, but he will always be a Texan at heart. Upon his arrival to the National Football League, Miller promised a chunk of his new-found-fortune to the DeSoto Fire Rescue of his hometown, DeSoto, TX. Add to this the 2016 Ford Explorer that Miller donated to the DeSoto Police Department and we have ourselves a real hometown hero.

Community Donates a Car and More to Auto Theft Victims

Having your car stolen would probably be the worst case scenario, right? Imagine being eight-months-pregnant and having your five-year-old's wheelchair stolen as well. Unfortunately, this was a nightmare-come-true for Austin and Rose, two Tooele County, UT residents. When word spread of the auto theft, their Utah community refused to let their circumstance go unresolved. Friends and neighbors chipped in with donations including a GoFundMe that raised over $2,000. But it was Mike Gerrard of Bargain Buggies who offered to sell a 2005 Mazda 7 for the low cost of one penny. "I just couldn't believe our community did this for us, it doesn't feel real still," she said.

Dealership Donates a Car to Family for Fresh Start

Antonio Reese has overcome a lot in his very young life. This past year, Reese and his family were shot at in their family vehicle, Reese survived a two-week medically induced coma and has learned to move through life with severe brain injuries and memory loss. What's worse? His family had been forced to continue to use the bullet-ridden vehicle that caused them such trauma. That was until Dan Cummins of Lexington, KY donated a van to the family. After leaving physical therapy, Reese and his mother were surprised with a 2015 Chrysler Towne & Country.

"We want to help you move forward," a representative of the dealership said.

Ray Bernard is in the auto repair business, but is also in the business of donating to people in need. Bernard selflessly gave a cystic fibrosis sufferer and college student, Cody Schumacher, a car to get him from medical treatments to classes. This is the third car Bernard has given away. In fact, the car given to Schumacher was donated by Jeff Klonowski, who was also the recipient of a Bernard donation. Paying it forward has not been lost on Klonowski. He was quoted as saying, "It's a blessing. It's a bigger blessing than the original blessing we got when Ray gave us the Saturn. At Christmas time, he gave us the Saturn, and I told him then that I wanted to do the same thing then to pay it forward and find somebody that might be able to use this."

Brenton was just 17 when he made the decision to turn his life around for the better and join the United States Army. After four years of serving our nation, Operation Iraqi Freedom veteran Brenton found himself suffering from all-too-common PTSD. Unable to cope with his disorder, he found himself isolating from family and friends; and before he knew it—homeless. That's when Brenton found the strength within himself, as he did when he was 17, to turn his life around. He turned to Volunteers of American in Greater Ohio and moved into the Veteran's Resource Center. "I felt ashamed," Brenton begins, "but it was the smartest thing I ever did."

Donating your car is the easy way to make a strong impact on the communities near you.

Whether you're from Toledo or Cincinnati or anywhere in between, donating your car in Ohio is a practical way make a change in the lives of people in your community.

Learn how donating a car helps the people in our community who deserve it the most. Give a Hand Up to the souls in Toledo and Greater Ohio.

Here are three ways to get started today: