Randy Malloy shares about Columbus, his experience with car donation and the time when a CD102.5 ice cream truck got towed by the Secret Service.


We love our donors and want to share with you a little bit about Randy Malloy and his experience with our Columbus car donation services. Find out what it's like owning and operating a local and independent radio station, get the scoop on some of his favorite road trip tunes and memories and even get a taste of how to react when your ice cream truck becomes the target of the Secret Service! 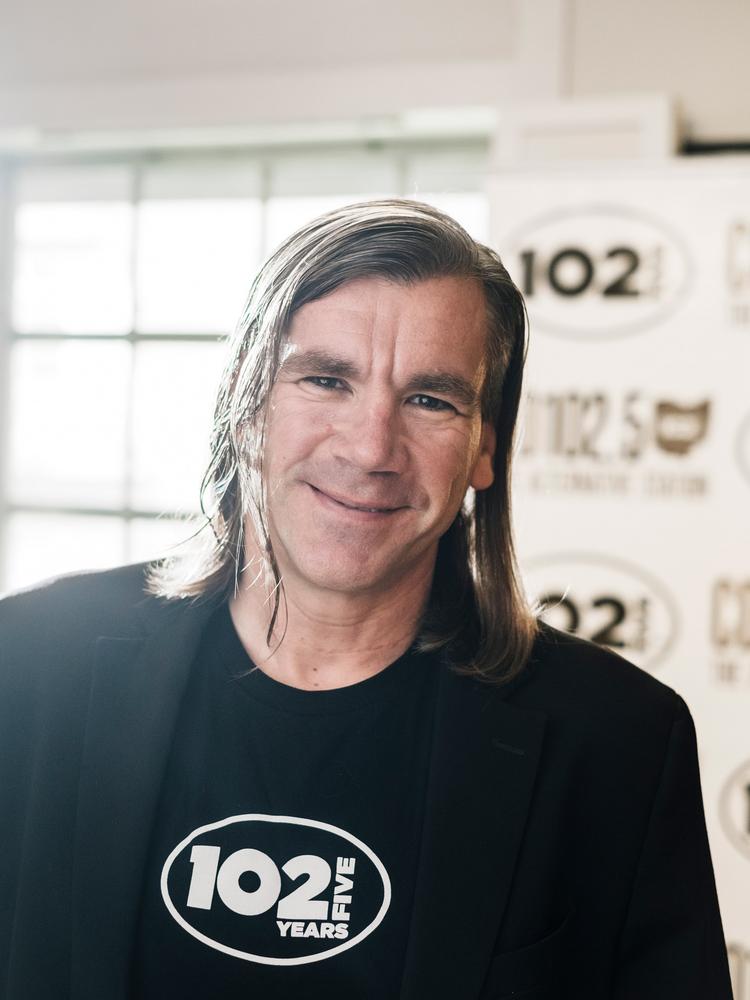 Volunteers of America of Greater Ohio: We're here with Randy Malloy, owner of CD 102.5. Randy, when someone asks you, "What do you do?" how do you answer that question?

Randy Malloy: Typically I say, "as little as possible."

RM: But that is truthfully not even close. I run the radio station, so it is an all-encompassing job that is from managing the departments to fixing stuff when it gets broken. It's never a dull moment. As a small business owner, there's many challenges to always, always, always find the next thing, as well as fix what's broken and move on, keep it going, keep morale up, and make everything happen.

VOAGO: Fantastic. Have you lived in Columbus your whole life?

RM: I have not. I actually moved to Columbus in 1987 and went to The Ohio State University and wound up just staying. I came from New York and New Jersey.

VOAGO: What are the things or projects you're most excited about that are happening in Columbus this summer or this year?

RM: Well, I'm really excited about the development of what's going on in Columbus. Not only is the Short North just a booming construction site pretty much everywhere, you've got a lot happening in the Brewery District. We just got an amazing grant; $50,000,000 for transportation, infrastructure, technology, and we're going to match that with another $90,000,000 of our own; about $140,000,000 going into the new transportation infrastructure.

So from electric cars, to autonomous cars, to helping reduce child mortality by providing new infrastructure for some of the worst parts of the city. It's great to to see that we beat out San Francisco, Chicago, Austin, Portland. I mean, the list unbelievable, and Columbus won it.

VOAGO: A lot of people listen to music and the radio in their cars. Do you have a favorite song or go-to song that just sounds better on the road?

RM: That's funny, I actually just asked that question, myself. I was driving back from Cleveland the other day. Something happened up there, not sure what. Some sporting event.

RM: When I was coming back, I was listening to radio music. I got back and asked a question to people on Twitter. I said, "When driving, what do you prefer to listen to: hard-driving guitars, mellow, kind of relaxing music, the wind - meaning nothing at all - or talk or sports?" I was curious because I prefer to listen to hard guitars, fast-paced music, because speeding may be involved…

RM: Mellow music puts me to sleep. I don't like not hearing anything, and sports talk just kind of bores me. So I don't really have a particular song as much as sort of particular speed of music.

VOAGO: Can you share a memory that's tied to a specific song on a drive?

RM: [laughs] Anytime I hear any Sinead O'Connor song from "The Lion and the Cobra," I am vaulted back in time to a road trip I took many many years ago in California across the desert. Driving the 5 all way from San Francisco to Los Angeles, we - me and a buddy of mine - rented a white Dodge Shadow. I'll remember the car forever.

The cassette tape that we had at the time, we shoved into the player and it got stuck. And the only thing we could listen to was Sinead O'Connor's "The Lion and the Cobra" over and over and over. So anytime I hear any of those songs, it takes me back to driving 100 mph across the desert in California many years ago…

VOAGO: Tell us about your first car.

It was a boat! It was a monster of a ship! [laughs] It was 6 feet wide, so I could lay across the front bench seat and not touch either door panel. It had a gigantic engine, and you could step on the gas at 70 MPH and it would still want to jump off the road.

And it was a beach cruiser. It had a fire in it so there was no backseat, which I had built later. It had a stereo system that most houses didn't have in it. It was one of those cars that, if I had it today, people would probably look at me like, "Dude, that is the bomb!"

VOAGO: Volunteers of America has a Columbus car donation program that helps fund a lot of community programs here in town and around Ohio. You've donated a car to VOA personally-- could you tell us about that experience?

RM: It was actually really easy [laughs]. That was the nice part. It was beyond easy. It was a car I'd had for a very long time: my first SUV, a Ford Explorer, and I had a lot of great memories. Road trips, all sorts of fun things. That takes me back because cars do have their own personalities. This one definitely had a personality. But donating it was really easy. I called them up, they drove over, said, "Great!" and it was gone. It was that quick.

VOAGO: Why did you decide to donate your car in Columbus rather than trading it in?

RM: I got to the point where the Explorer had 100,000 miles and it needed new brakes, a new battery, and some other things. It was just about the time to give it a new life. That's when I called up Volunteers of America. I told them what the car was, what work it needed and they said, "Great." That's exactly what they wanted. They wanted something that they could either rehab and sell, or just scrap if it's something that they couldn't use.

But this one was still in great shape. The body was in great shape, the interior was in good shape and they - I believe - resold it and the proceeds from selling it helped a family in need. I just thought it'd be something good to do. I talk the talk, so I figured I should walk the walk.

VOAGO: Thank you for donating.

VOAGO: What's the craziest place that one of the beloved CD 102.5 ice cream trucks has broken down?

RM: [laughs] Probably in front of the federal building downtown. The ice cream truck broke down and we probably weren't outside for two minutes when a couple of very nice gentlemen in suits and ties came out and said, "You have to tow that away." We said, "Well, it's broken down." "You have to tow that away." And we said, "Okay, yeah, well, we'll get somebody." And they were like, "No." A tow truck pulled up like [snaps fingers] less than a minute later and started to hook up the truck to tow it away.

So we were throwing ice cream and cones and cups and all the things we had in the vehicle out as they were hooking it up to tow it away because they weren't kidding. It was the secret service and they were removing the truck immediately. It was broken down for maybe 3-5 minutes and they towed it away!

That was probably the craziest because they were all business, "You have to move it, as in, 'We're moving it for you. Now.'"

VOAGO: Fantastic. Any specific asks for the readers of this post?

VOAGO: Randy, thanks so much for your time.

Here's three simple ways to get started with your auto donation: