Staff and Veterans save a resident's life at Liberty Landing

Quite often the Veterans who are part of the programs operated by Volunteers of America of Indiana keep an eye out for each other or have each other’s back in some way. Unfortunately, these actions are not always witnessed by staff or other clients of Volunteers of America of Indiana. However, On Thursday, August 17, 2017, a life-threatening incident occurred at Liberty Landing in Fort Wayne where the positive efforts of two Veterans did not go unnoticed. 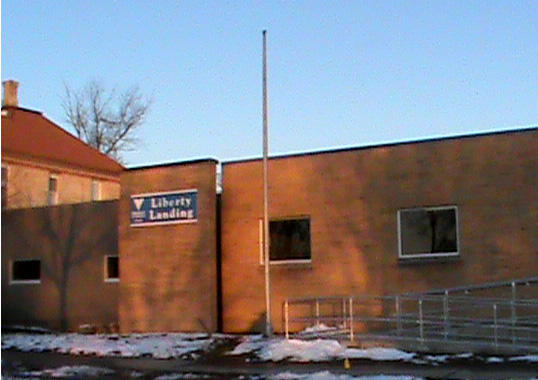 That afternoon, Veteran Nelson Romero noticed through the window that a fellow Veteran, standing outside, did not look well and his color was not good. Mr. Romero went to the front office and reported his finding. The Residential Monitor on duty, Jaunee Bryant, went to investigate and to see if the Veteran in question was OK, and took him inside Liberty Landing's lobby to sit down. Case Mangers Mary Lorenger and I both went to where the incident was taking place. Upon observing the situation, I and Veteran Jonathan Hoard went to the unresponsive Veterans side. Realizing the Veteran was not breathing and appeared limp in the chair, Veteran Hoard and I knew the Veteran needed to be moved to the ground in order to perform CPR. As we both worked together to lift the Veteran, fellow Veteran Nelson Romero cleared the area of chairs and tables. As we turned the Veteran onto his back, we confirmed that CPR was absolutely necessary in order to ensure the survival of this Veteran. While RM Bryant was on the phone with 911, I initiated CPR and Veteran Hoard assisted me until emergency personnel arrived. The Veteran was taken to the hospital where he remained for several days. The Veteran has since been released and is, thankfully, doing quite well.

Veterans Jonathan Hoard and Nelson Romero stepped up without question or hesitation to assist staff in this situation. Most importantly, these two Veterans stepped up to help a fellow Veteran in need. The outstanding efforts of these two men have not gone unrecognized. Staff and Veterans alike are beyond grateful for how these men reacted without thought or hesitation.