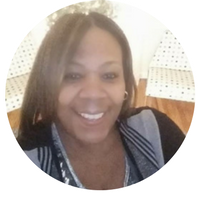 Sonya Thompkins, Director of Program Operations of Veteran Services at Volunteers of America of Greater Ohio.

As we continue to help veterans in our programs return to civilian life, we are noticing more and more veterans develop something that is called, moral injury.

I would describe moral injury as a very complex wound of the soul that can occur after a veteran has had to make difficult moral choices under extreme conditions.


Before life in the military, you’re taught good morals and values from the people who raised you. Then when you go into the military, those morals that you have, are affected by the choices that the military requires you to make. These choices may go against every good judgment that you have.

An example of an extreme choice could be an officer asking an individual to kill a family, which violates that individual’s moral obligation to not kill, their value of family and the sixth commandment “Thou shalt not kill.” Part of the internal struggle comes from no longer having a choice. Orders must be followed.

In the military, you’re trained to kill, but this is going against everything your soul says is wrong.

Moral injury, or moral anguish, can come from witnessing immoral acts or behaviors that go against values.

It’s a complex way to describe a sickness of the soul that happens to combat soldiers. It affects all of you and doesn’t just go away. It’s connected to you, spiritually.

Some of the symptoms of moral injury that soldiers can get include feelings of despair, hopelessness, shame, and betrayal.

It’s more of an inward struggle of guilt and remorse rather than flashbacks or fear.

Veterans could potentially have both PTSD and moral injury.

It’s also similar to depression but currently, there are no medical treatments for moral injury.

When you’ve been injured within your soul, something that’s almost unrepairable because that’s part of your being, it can be devastating.

You can’t take a pill to fix that. There’s nothing we could give a soldier to change their soul.

Moral injury is not in the Diagnostic and Statistical Manual of Mental Disorders (DSM). It used to be referred to as “shell shock” after men came home from the military.

I estimate that with our current war, we’ll see at least 70-80%, of our young veterans suffering from moral injury.

These types of peer groups and other treatments of moral injury are still in the early stages of implementation at Volunteers of America of Greater Ohio programs for veterans.

Volunteers of America staff are getting trained about moral injury and we’re trying to implement a treatment process in Cleveland, Columbus, Cincinnati, and Dayton. We are trying to recognize people who could be suffering from moral injury and to refer them to a clinical psychologist for further assessment and diagnosis.

I attended a workshop at Princeton University to learn more about moral injury and have brought back the training and knowledge I learned to the rest of our staff.

Staff members are learning how to better listen and empathize with veterans who suffer from moral injury.

Listening to what someone went through is helpful. Sometimes we can’t fix all the problems, but we can be good listeners. Take it all in.

One of the best tools that I have in my toolbox, as a clinician, is just being able to listen to somebody.

Our employees are also looking into offering a “Soul Repair” class to help educate veterans about moral injury and offering a 12-step type process of coping.

Another way to help veterans cope is to offer religious services or time with a chaplain.

A lot of people who are affected by moral injury may turn away from religion because they feel angry at God or ashamed of what they’ve done. Working with a chaplain could help them come to terms with their anger.

It Won’t Be Easy

As always, we want to serve veterans in the best way that we can, and we will continue to learn more about moral injury and how we can provide treatment or coping strategies to the heroes who have returned home.

Learn more about our veterans programs at www.voago.org/veterans