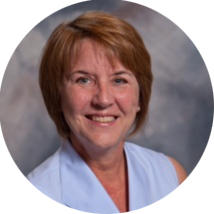 Living with mental illness can seem impossible. Together, we can "maintain" a normal life.

**The below story is true. Phil is his real name, but we removed his last name for privacy.**

At 28 years old, Phil's vehicle was rear ended and he was pushed into oncoming traffic. His vehicle was a total loss. Though he suffered no physical injuries, the accident left him with anxiety and emotional distress. That marked the beginning of a life-long struggle with mental illness, which could have emerged even without the accident.

The early episodes of psychotic breaks required hospitalizations, heavy medications and alienation from most family and friends. Trying to get an accurate diagnosis was hit and miss. Phil was prescribed medications to control his anxiety and to help with the long days and nights when he could not sleep. The medication even provided some relief from the voices in his head – voices that were as real as two people sitting down for conversation around a cup of coffee.

Eventually, a psychiatrist made the right diagnosis. Bi-polar disorder. Otherwise known as manic-depression. That diagnosis led to medications for a chemical imbalance in his brain – medications such as lithium and thorazine. It was years and years of medication, but they worked. The mania subsided, the voices quieted down, and Phil developed a way to "maintain" daily life. "Maintain" was the word his psychiatrist taught him when things got out of balance and the voices returned.

Unfortunately, a side effect of the lithium medication is damage to the kidneys. At age 61, Phil now has Stage 4 chronic kidney disease as a result of psychotropic medications. His medications were changed to protect what is left of his kidney function. He sees his nephrologist every three months, has his blood levels checked frequently, and thanks God every time he leaves the appointment still in Stage 4. At Stage 5 he will go on dialysis for the remainder of his life. He continues to live at home and can perform most daily living skills, although he needs some assistance.

Phil has outlived his Mom and his Dad. He knows he may be faced with living in an Adult Care Facility, or a skilled nursing care facility, when he can no longer function without additional help.

And we're here to help.

Patty Duke, who recently passed away, was diagnosed with bipolar disorder. She once said "When you are dealing with a chemical imbalance in the brain, all the love in the world won't fix it."

Learn more about our housing programs for those with mental illness and disability.