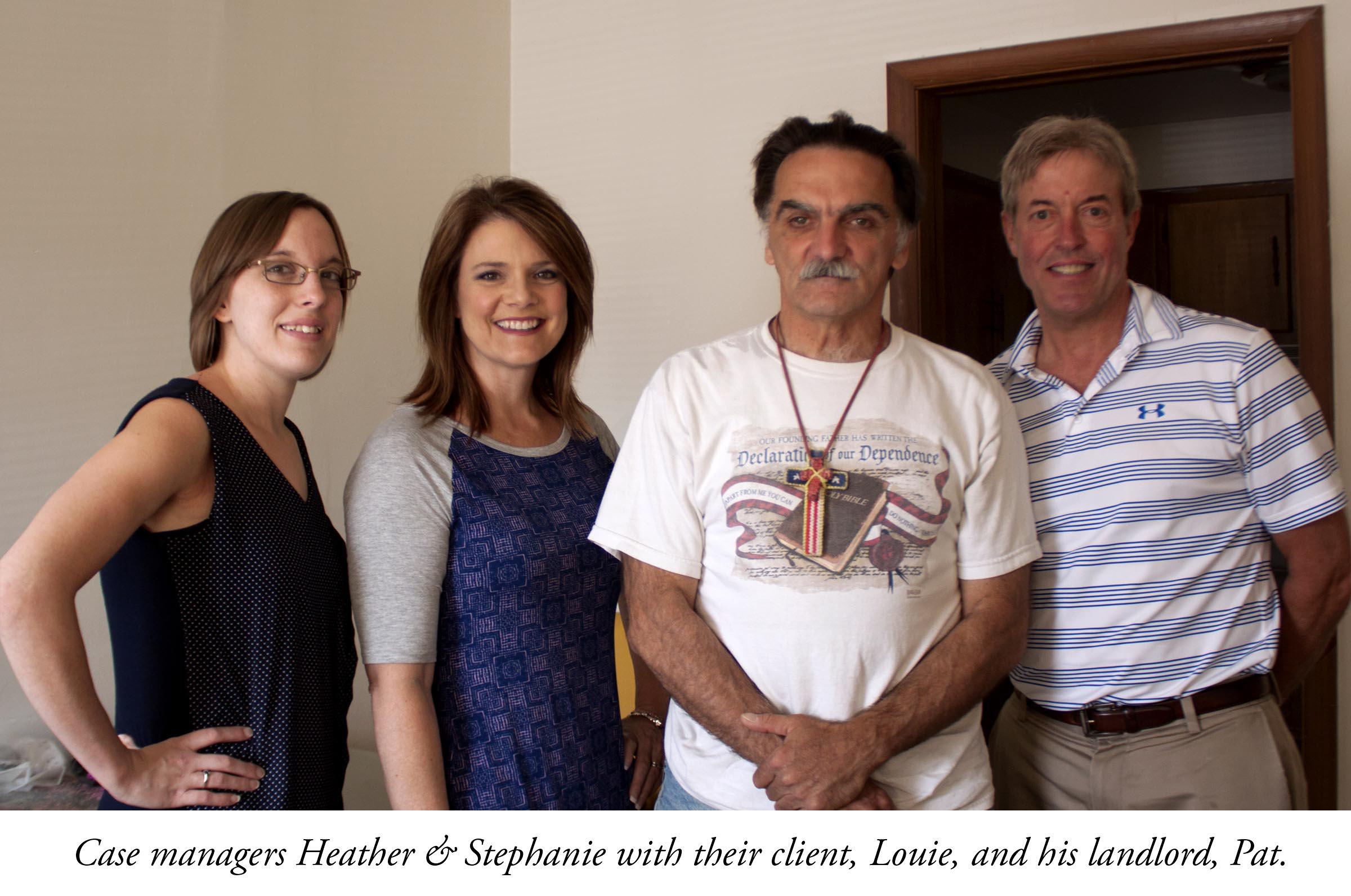 One summer afternoon in Evansville, I sat with Louie, a talkative 50-something year old homeless veteran in his small, well-lit one bedroom apartment, and listened to his story: "Before I could find the services I needed from Volunteers of America Indiana, I was homeless for six or seven years and my shelter varied from a tent to an abandoned warehouse," he told me. "I lived a few winters in the woods with my friends, using skills I learned in the army to get me and my friends by. Once when I was in a warehouse I even took care of a cat and her litter of kittens." When he recounted this memory, two of his case managers (Heather Meredith and Stephanie Jerstad) who were also present quietly exchanged "awwwws" and complimented him for his kindness.

"That is totally something Louie would do," Stephanie later remarked to me. "He's a sweetheart."

It's thanks to Stephanie that Louie even had an apartment that we could talk in. He's a participant in the federally funded Supportive Services for Veteran Families (SSVF) program in southern Indiana, which Heather and Stephanie have worked for since summer 2014.

"Our goal is to get the veterans, like Louie, into a home as quickly as possible. We follow a rapid re-housing model, where our first priority is to get them living in a safe space," Heather said. "Once this is achieved, we can then attend to their other needs which may include counseling, addictions treatment, or job training. We also help connect them with benefits they might not be aware of, whether that's through the Veteran's Administration or a charity in the area."

Since they focus on housing their clients quickly, it is essential for Heather, Stephanie and other case managers to find landlords willing to have previously homeless veterans as tenants. While they have found a few, not many are as supportive or willing as Pat, a long-time native of Evansville.

He owns a 28 unit apartment located in downtown Evansville called Claremont Apartments, and currently nearly half of his tenants are homeless veterans from the SSVF program. Pat reflected, "I've supported homeless veterans for a long time, but just on a lower scale. When Heather and Stephanie approached me, we decided to work collectively, to help each other. The girls make recommendations for tenants and I trust them. In turn, I keep rent affordable, even though it's a challenging building. I want to stay affordable and house them because I feel it serves a purpose and need."

"We're glad that we can find people like Pat in the Evansville community who are advocates for ending veteran homelessness," said Stephanie. "With support from the community, we can take great strides in giving homeless veterans the services they need."